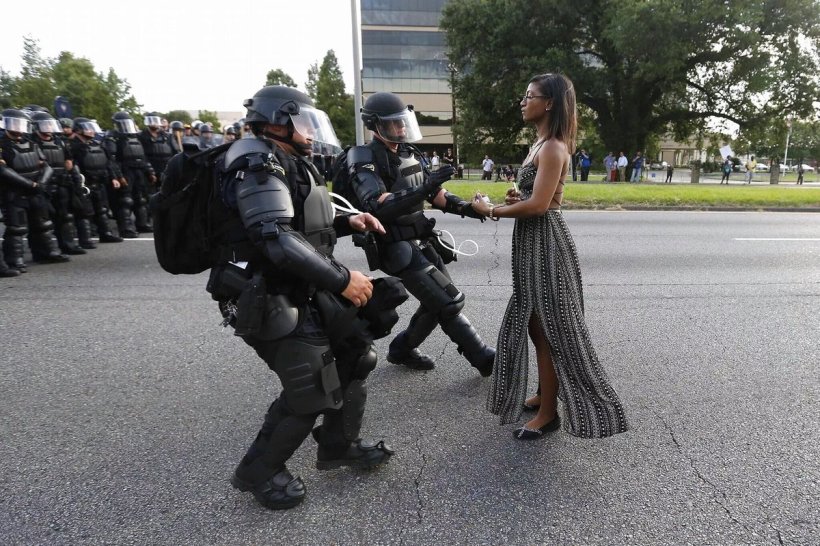 When nothing has been done
when the problem of the color line
has been ignored intellectualized and dismissed
when black bodies have been cut down
and communities shaken
in the silence of the moment
—a woman always arrives
to strike a match
shine a light and fight the dark
to stand against a brutal sea of blue.

Ieshia Evans heard silence as law enforcement officers clad in body armor approached her with guns drawn and zip-tie handcuffs at the ready. But her stand in the face of silence speaks volumes for many of us. I invite you to listen to her interview with CBS News.

2 thoughts on “Poem for Ieshia Evans”

My blog has recently been added to Poetry Blogs, which is part of one of the largest networks of blog directories on the Web. Please visit my blog's personal page to vote for my blog and comment to other blog users.
%d bloggers like this: