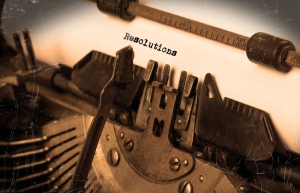 Of the five poet resolutions I made last year, I accomplished four:

I made an earnest effort on the other  resolution as well:

I’m not feeling particularly ambitious, so I’m sticking with three resolutions for 2015.

Six poems published: I was lucky to publish one poem over of this goal. But I haven’t written much since June, so I’m hoping this resolution will nudge me into the part of the cycle where I’m writing and submitting again.

Write at least three poems for my poetry project: I have a few ideas that need to find their way onto paper and this resolution will help me keep focused on the dark matters project.

Go to a poetry retreat or writer’s residency: I’d like to to find another retreat to have some undivided writing time. My poet friend Cynthia Manick seems to find one every year and keeps track with deadlines on her infamous spreadsheet.

If I had to pick a word to describe this year it would be Cycle. In 2013, I spent a lot of time focused on writing and sending out publications, which culminated in 7 published poems. This year, I fell into a poetry funk after June and didn’t write much. What surprised me was that I wasn’t too worried about not writing. After finishing my MFA, I was so concerned about not writing at the same level I did when I was in graduate school. But I quickly realized that creating 4-5 poems a month was a ridiculous writing schedule and settled into a more reasonable writing rhythm. The thing with rhythm is that it can change. And it should change to make things interesting.

Even though my writing slowed down, I still managed to keep poetry a part of my life. Toward the end of the year, I made a conscious effort to go back to the basics—poetry events, workshops, and open mics—because I always get inspired when I am around other poets and hear their work.  This year’s highlights reveal much more poetry in my life than I thought had been there.

April: Wrote 30 poems for the April 2014 Poem-a-Day Challenge. Coordinated three poetry events at the NC Museum of Natural Sciences during Earth Month, including a Poetry on Demand booth and poetry based on a Science Talk.

June: Attended 19th Cave Canem retreat, my third and last time.  Wrote at the Poetry on Demand booth at the Chatham Farmer’s Market.

August: Attended the informal tribute to Maya Angelou at the Carrboro ArtsCenter. Signed the contract with Hyacinth Girl Press to publish my chapbook, My Mother’s Child.

My blog has recently been added to Poetry Blogs, which is part of one of the largest networks of blog directories on the Web. Please visit my blog's personal page to vote for my blog and comment to other blog users.
Loading Comments...