November rivaled October in its schedule. I took five flights, drove over 900 miles, had two executive coaching calls, saw two movies, presented at a professional conference, and went to my first Celtics game of the season. November stretched the double life to the point where there was an event or activity almost every day of the month. 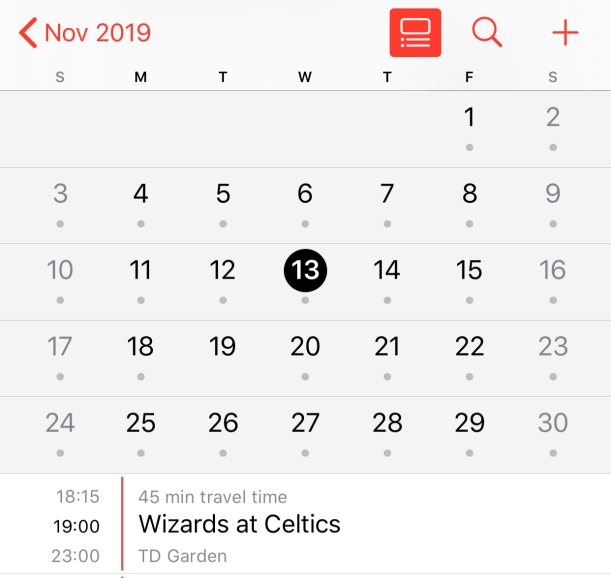 Week 1: November began on a Friday. I started that day with an executive coaching call and ended it with a flight from BOS to SJC to attend the wedding of a good friend’s daughter. By the time I drove from the San Jose airport to the hotel in Palo Alto, I had been awake for over 18 hours. I spent less than 36 hours on the ground and still managed to see a former student research assistant and a former colleague in addition to the attending the wedding reception. When I returned on Sunday evening, I went home for a quick bite to eat, and then, tossed my business suitcase in the car and drove down to Newport, RI. I spent the beginning of the week at the North East Association of Institutional Research (NEAIR) annual conference. I was a first-time attendee and presented in one of first panels on Monday morning. Needless to say, I was so relieved that all the logistics worked out. The rest of the week was pretty tame—aqua jogging class, dinner + music, and nails. 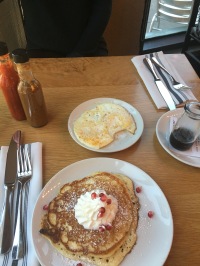 Rodin’s “The Burghers of Calais” @ Stanford 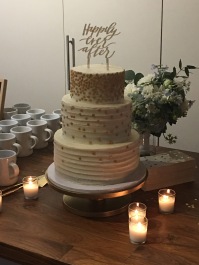 Week 2: This week as bookended by the poetry/personal life and the professional life. At the beginning of the week, I had brunch with a group of friends in Cambridge, took the T to meet a poet-friend at Boston Public Library to exchange work, and had dinner with another friend. I ended up visiting the same restaurant thrice–twice for dinner and once for after work drinks. Wednesday was the Wizards vs. Celtics, my first game of the season. The Celtics were on an eight-game winning streak having only lost the opener to the 76ers. This game was no different. Even at that stage in the season, the C’s had better chemistry with Kemba than with Kyrie (Sigh. I miss basketball). Friday evening and all-day Saturday, I participated as a member of a search committee for a high-level position on campus. Yes, you read that right. And I still managed to attend my favorite Boston-area milonga and a meetup event that weekend.

Week 3: Compared to the first two weeks of the month, this week was quite tame. I started off the week with brunch at the home of my good friends and their 2-year-old (Sigh. I miss brunch too). Monday was the Blacksmith House Poetry Series featuring a poet I met locally, Rage Hezekiah, and Jill McDonough. I had recently heard McDonough’s poem, “Cindy Comes to Hear Me Read” on an episode of The Slowdown (an excellent weekday poetry podcast from former PLOTUS Tracy K. Smith). It was the only week in November I had my Skype poetry date. I also had my second executive coaching call, which is part of the professional development program I’m participating in this academic year. The program features a small cohort of individuals who report to senior leadership. Although I know everyone in the group, I hadn’t had the opportunity to interact to this degree and understand the challenges they have been facing. When I first came to campus, all of the direct reports to senior staff met on a monthly basis, but that group dissolved. Participating in this program reminds me of how much I miss the opportunity to interact with my peers at work. The week ended with another type of loss—UCLA’s sixth loss of the season to our crosstown rivals, USC. The Bruins #BeatSC every year I attended UCLA, but of course, that was back in the 90s. 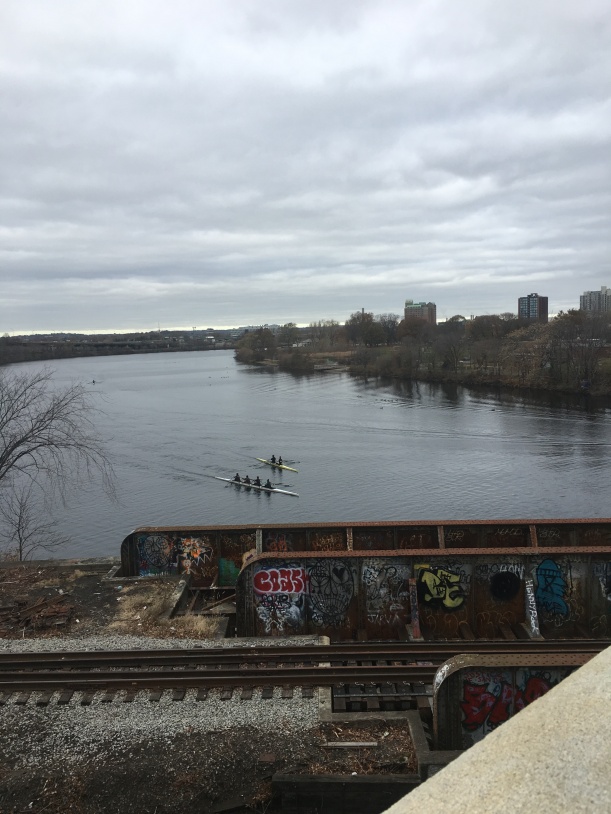 Week 4: This week did not start with brunch. Instead, I went a writing retreat at GrubStreet sponsored by Boston Writers of Color. These monthly retreats provide space for writers of color to write and submit their work…kind of like Four Chairs and a Bench, but with 10 times as many people coming in and out during the day. I also managed to see the movie “Harriet” on the same day. The rest of capped off the week with a brief, but spectacular Thanksgiving trip to Durham. I saw ten different friends in 48 hours, including two Thanksgiving dinners, a Thanksgiving dessert, a Black Friday brunch, a pizza making party, and coffee at the RDU airport Starbucks before my flight back. Somewhere in there I had a really good slice sweet potato pie and saw the movie “Queen & Slim” with my movie buddy, Jim. 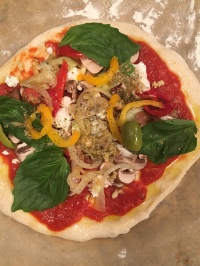 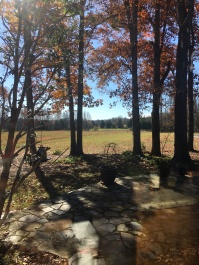 Autumn in the Triangle

I’ve had a busy summer. In true double-life fashion, there was as much going professionally as poetically, though the scales probably tilted more to the poetry side. Summer at a college is mostly quiet, time to focus on a few projects, and of course, attend conferences. Summer in New England is fabulous. The warm weather came in late May and the heatwave started in July (the hottest July in record in Boston). Now that it is August, I can feel the wind cool down, the sun dial itself back, and the heartbeat of my Boston life pick up the pace. The marathon of the 2019–20 academic year is about to start.

Before the memory of summer fades, I wanted to share some highlights:

The last two poems from the 2019 Poem-a-Day—”Naturalization” by Jenny Xie & “How to Triumph Like a Girl” by Ada Limón—and a photo of the Gateway Arch that I visited while attending a professional conference in St. Louis.

How to Triumph Like a Girl by Ada Limón

Highlights include a Mother’s Day visit by mom & sister, a Boston Harbor cruise, and the Marvin Gaye stamps from USPS (released on April 3, 2019). In the photo below, my mom is standing in front of the state capitol building in Rhode Island, knocking that state off of her list.

Mom at the RI State Capitol 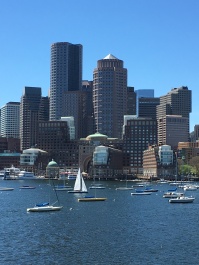 June was a month filled with double-life events. First up, a drive up to Montpelier, Vermont to celebrate the release of “Five Midnights” by my fabulous VCFA sister, Ann Dávila Cardinal. Then I spent two weeks in Cambridge at the Harvard Institute for Management & Leadership in Education. I learned a lot from the smart & funny crew in Group #1, saw some really cool maps at Harvard’s Map collection, and got this nifty certificate. And of course, another shot of Boston Harbor during a sunset cruise. 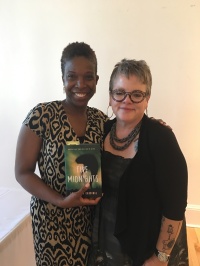 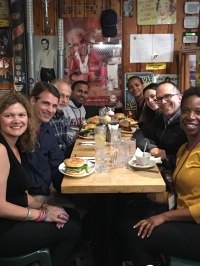 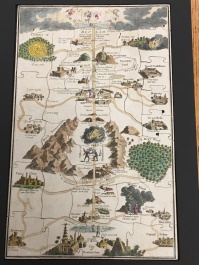 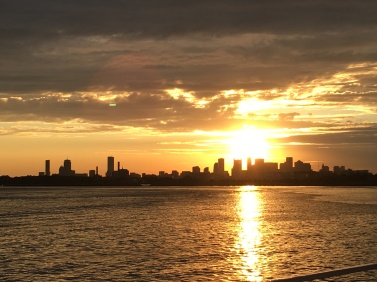 In July, I’m able to enjoy my summer Fridays. I found a new place to write at the Boston Athenaeum, a private library across from the MA state capitol building. My favorite spot to write so far is the 5th floor terrace. Once it gets cooler, I’ll have to explore other parts of the building. I also saw Mark Doty read at the Longfellow House & was inspired to buy a new hat. At the end of the month, I saw some really cool Porsches at a car show at Wachusett Mountain.

I spent a lot of time this summer writing and critiquing poems. In August, I went out to Colorado to work on my manuscript. The long weekend in the mountains was really a check-in to see which poems can coalesce into a coherent collection. I’m about two-thirds of the way, so there’s definitely more writing at Boston Athenaeum in the near future. I’m so grateful to my VONA 2015 Jellyfish, June Inuzuka, for lending me her cabin  for the weekend, a wonderful space to write & relax (see hot tub photo below). 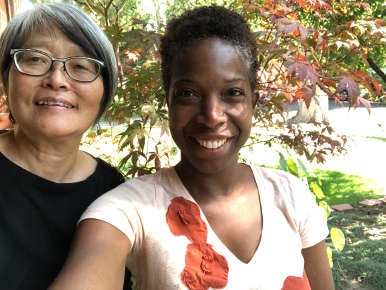 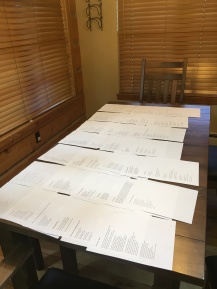 The beginning of the manuscript

My blog has recently been added to Poetry Blogs, which is part of one of the largest networks of blog directories on the Web. Please visit my blog's personal page to vote for my blog and comment to other blog users.
Loading Comments...
Comment
×