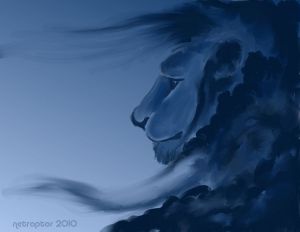 March was a busy time for me—this post is only the 4th one I had time to write this month. I did manage to blog about the most important things that happened in March: AWP and the six women writers that inspire my work.

But this month brought a lot of transition at work—moving into a new role where I lead projects and manage people. I am also spearheading a process to compile ideas for the next 15 projects we will complete over the next two years. I am no longer behind the scenes, but rather, have become a point-person to answer questions from my colleagues and do special projects for my boss, including being the staff support to the big bosses. We are also interviewing for four positions, so I spent a lot of time combing through 50+ applications packets to narrow down the few who might be my future colleagues.

I didn’t worry about writing in March because I knew I would need all that inspiration for April’s Poem-a-Day Challenge. But I did attend three open mics, including a new event at Matthew’s Chocolates in Hillsborough. With little emphasis on writing, I decided to focus on reading a novel—The Tiger’s Wife by Tea Obreht was chockfull of imagery and rich language, and had an intricate story line. I was so enamored by this book, I posted quotes as my Facebook status and convinced five other people to read it. I finished up Shakespeare’s Sonnets, Selected Poems by Sharon Olds, and Final Poems by Rabindranath Tagore and checked out several from my favorite library:

Of course with all that reading material for inspiration, two poems found their way out, “Childless” and “Bicycle.” Today and tomorrow, I’ll be working to edit these and other poems for March 31st submission deadlines and preparing my manuscript, Black.Woman.Professional, for submission to the Cave Canem  first-book award contest.

And I got word that my science poem, “Transit of Venus,” won second place in the Carolina Woman Writing Contest! Suddenly, I’m feeling a little Helen Reddy: I am woman. Hear me roar!

My blog has recently been added to Poetry Blogs, which is part of one of the largest networks of blog directories on the Web. Please visit my blog's personal page to vote for my blog and comment to other blog users.
Loading Comments...
Comment
×
%d bloggers like this: